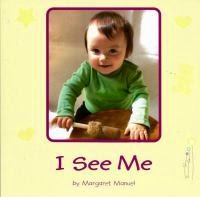 Saturday, June 21 is National Aboriginal Day, so this month I thought I would recommend some great local First Nations authors that I’ve enjoyed reading recently:

I See Me by Margaret Manuel

This baby book is filled with images of baby eating, sleeping and playing. Little ones love to see pictures of other babies! A PDF file of all the words in Okanagan (Sylix) is also available for download at Theytus Books (www.theytus.com). Margaret Manuel was born in Kamloops, raised in Merritt, and is of Okanagan and Shuswap heritage.

Dancing with the Cranes by Jeannette Armstrong

This is a gentle story for families about love, loss and the circle of life. Chi’s momma is expecting a baby, but Chi is having a hard time being happy about it. Chi misses Temma (her grandma), who has passed away. Chi’s momma and daddy help Chi understand life and death as part of nature. Armstrong’s language evokes beautiful imagery and, as a nature lover myself, I loved the descriptions of the cranes’ migration. Jeannette Armstrong is from the Okanagan Nation and was born and raised on the Penticton Reserve. We have many of her books at the Library, including Slash, which is recognized as an important work of literature and studied in high schools, colleges and universities. Illustrator Ron Hall is an Aboriginal artist of Okanagan and Thompson ancestry and is a member of the Osoyoos Band.

I loved this novel, a Canada Reads selection in 2013. Saul Indian Horse is dying in a hospice. He looks back on his life as a northern Ojibway, when as a young boy he was taken forcibly from the land and his family and sent to a residential school. Salvation comes for a while through his incredible gifts as a hockey player. But in the harsh realities of 1960s Canada, he battles obdurate racism and the spirit-destroying effects of cultural alienation and displacement. Although from the Ojibway Wabasseemoong First Nation in northwestern Ontario, Wagamese now lives, writes and teaches in Kamloops. His newest book, Medicine Walk, was just released in April 2014 and you can find copies of it on the Library’s Quick Reads (7 day loan) shelf!

Nature Power: In the Spirit of an Okanagan Storyteller by Harry Robinson; compiled & edited by Wendy Wickwire

This second edition features stories of the shoo-MISH, or “nature helpers" that assist humans and sometimes provide them with special powers. The concept of nature power is central to most Native cultures and is based on the understanding that a form of spiritual energy animates all things in the natural world. Robinson’s short stories capture the oral storytelling tradition. One of my favourite stories, “You Can’t See Me, But Just Listen,” tells of a man who goes hunting and hears a voice predicting future development. Robinson was a highly respected Okanagan elder who spent his life in the Similkameen Valley. He was one of the Okanagan people’s greatest storytellers.

Stories from Westbank First Nation Women and More Stories from Westbank First Nation Women
These DVDs, produced by Rick Sagayadan in cooperation with BC Museums Association, look at the role of Aboriginal women, whose voices are often under-represented. The first DVD includes a tribute to the late elder, Lala San Pierre, for her contributions to the preservation of cultural and traditional practices, especially through oral storytelling.

Part two celebrates the strength and fortitude of four generations of First Nation women, many of whom have faced the challenges of raising families while trying to make a living under extreme circumstances. Both films emphasize the vital role indigenous women play in maintaining cultural and traditional practices within their communities.


Recommendations by Elena Doebelle, Librarian at Westbank Branch
Posted by Okanagan Regional Library at 8:00 AM